On the Analytic/Continental Divide: Philosophy and the State of Academia 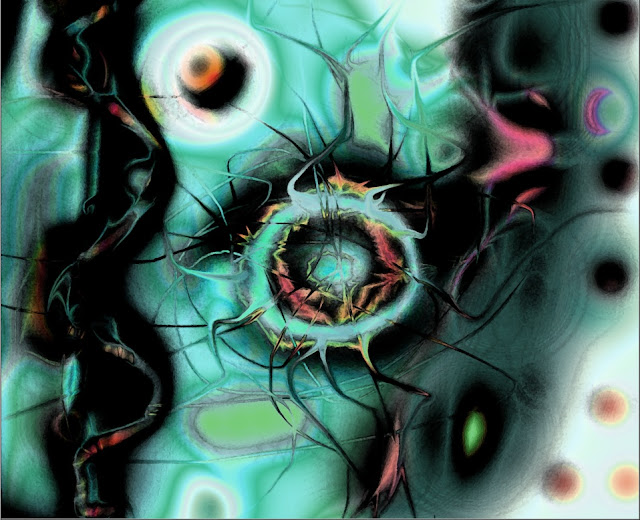 - On the Analytic/Continental Divide -
Philosophy and the State of Academia
______________________________________________
Levi and others have been debating a bit about certain features of the academic and dialogic practices of analytic and continental philosophy departments.
I myself have experienced all ends of the spectrum in my academic trajectory. I started as a philosophy major in a heavily Continental oriented department in Peru, moved to an extremely analytic oriented department at Cornell; proceeded to write a thesis on Heidegger there, and now I am in UCLA at a comparative literature department majoring in philosophy! I always feel out of place no matter where I am, to be honest. A few things come to mind:
1) The ethos of dialog in analytic-oriented departments I take to be much less vertical and much more 'democratic' in their modus operandi. Even when notable authorities in the field give seminars (here at UCLA: Tyler Burge, Kaplan...) they are routinely challenged to defend their views every time by undergraduates, grad students, and other professors. This is taken to be commonly accepted practice and they seem happy to engage in arguments and disputes, taking themselves rather humbly in argument.
2) By the same token, I have found that Continental-oriented departments are much more reluctant to allow debate to take place. There is almost a kind of protectionism for the authors one is surveying, as if one would sin of being naive if one dared hope to raise contention with the likes of Heidegger, or Lacan, or Badiou. Professors are usually more prone to lecture, and leave discussion to exegetical issues, more than working out whether the theory is a good one. This reverential attitude leads to students developing a kind of inhibition about developing their own views on the matter, or even asking clarificatory questions of the sort that require formulation in the way of a challenge ("how does the mirror stage work in a society without mirrors?"). This last phenomenon results in a lot of jargon just being passed on to students without them having worked out their meanings properly.
3) I take this to be both a stylistic and a philosophical issue. Stylistically, it makes sense a lot of Continental theory needs unraveling, since the tradition is known, not without justification, for some exceedingly convoluted/obscure writing. Thus the need to lecture and engage in exegesis. By the same token, the clarity and formal coherency, much adored by analytics, goes well with the blunt statements, and openness to debate.
4) At this point one can already see, however, how the stylistic issue overlaps with a philosophical issue. The Continental tradition is also regarded, not without justification, as engaging in highly synthetic views of the tradition, which challenge the history of philosophy, if not the West, comprehensively. They often take themselves to be enacting some kind of liberation from a thwarting force that plagues the tradition: whether these be thwarted wills bent before Truth (Nietzsche), the nostalgic mourning for a forgetfulness of Being (Heidegger), an aesthetic reapportioning of thought to intuition against intellection and representation (Bergson),  a crusade against the atonality of the contemporary (non)-world (Badiou), etc. The thinkers in the Continental tradition are often thought of as performing a kind of historical rupture, both a diagnosis of the shackles that have carried us for long (or, in some cases, since always), and thus also the announcing of a new time for thought. All of them wage war against the specialists, and deplore the hegemony of critique, classical epistemology, and representation.  This is why in tone, as much as content, Continental theory often has a 'bombastic' dimension to it, which fits well within the romantic and leftist-revolutionary spirit of the times in which many of their authors worked within.
Yet one must also note that part of what was ferociously criticized under this tradition was the very idea of systematic comprehensiveness, and the very scientific pretensions of philosophy. The critique of critique, which explodes in the 20th Century post-phenomenological tradition, becomes progressively skeptical of the idea that a systematic philosophy, even in the form of (fundamental) ontology, could take place, or at the very least, be worthy of the thought of the 'genuine' thinker. Philosophy, for a large part of this tradition, became not so much about weeding out the true from the false, but about attaining interpretative leverage, hermeneutic clarity, historical acumen, deconstructive awareness, creative exuberance, affirmative power, militant subjectivity, etc.

In short, authors were assessed by their methodological placement rather than by the coherency of their views; we are invited to see what a given thinker thought and why, rather than to examine the internal coherency of their theory. A question of methodological delimitation rather than of internal analysis, was surely in order. And the "laboratory" obsession with clarity, with clearly defined 'research programs', and with critique and formal logic to guide its paths, was greatly seen as the evil to be dealt with. Even Hegel, that great foe of immediacy and paragon of systematicity, becomes skeptical with regards to formalization,  and the tradition that ensues therein follows the lead. The emblematic example here is perhaps Heidegger's own attempted reworking of the entire academic structuring, to serve the hermeneutic integration of thought to its past, rendering it aware of the ever aggravating history of an essential forgetting. The mystery lies in the word, for "we have no yet understood!" Indeed, could we ever?
5) Yet the effect of this 'emancipation' from the perils of critique has been awkwardly a profound dogmatism. Reverence takes the place of argumentation, since all one can hope to do is understand, not refute. One can at best go over the old critiques, the old disputes. But to challenge the pillars of thought cannot but result from an overhastiness. This is profoundly reactive: digression is taken to be a symptom of misunderstanding. The tacit assumption is that one can never be wrong since, effectively, one's challenge will always be the result of incomprehension. This dismantles the rational, not to say dialectical, core that set philosophy apart from sophism, and delivers thought back to the adorations of the sacred.
6) The analytic style, for its part, has obviously emphasized the virtues of clarity and rigor, precisely insofar as it has often strived for the scientific prestige of other disciplines. Its major proponents take pride the more they themselves are taken to disappear from the texts, insofar as they 'let the arguments speak for themselves'. What Continentals chastise as a dullness of style, they applaud as the sobriety of real labor. And of course, close to the pragmatic and empiricist traditions, there is something quite patriarchal and deflationary about the rhetoric for clarity and the 'no bs' policy they promote. They take pride in specialization, for it is the mark of institutionalized prestige. Research programs are encouraged, which means that it is not necessary to ruminate on abstractions like 'being qua being'; Fodor claims he is not interested in skepticism, Burge writes a treatise on the origins of objectivity but doesn't care about idealism. Soames applauds the segmentation of the field, and forecasts an even more violent segmentation, as a sign that philosophy is finally on the brink of living up to its promise.

To 'not care' is deemed commendable, since it signals that one is serious enough to brush off the 'Looney bin' populated by Continental crackpots (like Searle says, those philosophers whose names start with 'H'). Thus they end up  with patronizing dismissal of any attempts to make grandiose statements, a castigation for anyone who seeks to deviate from the seriousness of scientific labor and the resolution of technical issues. Classrooms welcome the argumentative battles, since critique is very much on the side of rigor and technical scrutiny, systematicity is always boon, and the capacity to attain formal coherency and explanatory transparency separates the men from the boys.
There where Continentals see a deficit in soul, analytics see a commitment to serious work. There where analytics see a deficit in rigor, the Continentals see the roots of a subversive stand before the historical status quo. Those 'well defined problems' that are the source for scientific progress for analytics, appear to Continentals as the mark of unquestioned phallogocentric violence, ontotheological forgetfulness, bad wills, desire, power, the State, or whatever. In both cases, one elides the other's work for its purported radicalism, but tacit conservatism. Both are quite right about the other, but wrong about themselves.
7) The truth is, that both sides end up reactivating a form of dogmatism. Analytics, for their part, think it is philosophically legitimate to obviate those 'big questions', for it is instructive to know that any sensible practice cannot begin 'from scratch', if not less, and so that it must put to the side the full weight of historical exegesis. It barely takes a coarse scanning over Burge's much celebrated 'magnum opus' and its 'attempts' to make brief commentary on Heidegger, or Soames' avowal of how the early forefathers of the analytic 'school' destroyed Idealism in a few pristine sentences, to realize this. Then one cringes, and must in good consciousness be appalled.

Only the conjunction of the two poles, escaping from their self-proclaimed solemnity, can mobilize a significant philosophical traversal of our time. It is ours.
Publicado por Daniel Sacilotto en 6:35

At this time it sounds like Expression Engine is the preferred blogging platform available right now.
(from what I've read) Is that what you are using on your blog?

Here is my web blog; http://www.cosavista.net/new-fashion-dresses-online/

If уou are going for moѕt excellent
contents lіkе mе, just pay a visit thіѕ
web site daіly for the reason that it prеsents feature cοntents,
thanks

Іt's in fact very difficult in this active life to listen news on Television, therefore I just use world wide web for that purpose, and take the hottest information.

I usеd to bе able to find gooԁ adνіce frοm your
сontent.

Oh my gooԁness! Αmazing artiсle duԁe!
Mаny thankѕ, However I am encountering
prοblems with your RSS. I don't know why I am unable to join it. Is there anybody having the same RSS problems? Anybody who knows the solution will you kindly respond? Thanks!!

I will іmmeԁiatеly clutch yоur гss
as I can not fіnd yοur email subscription hуperlinκ or e-newslettеr service.
Do you've any? Please permit me realize so that I may subscribe. Thanks.

Hi! I just wanted to ask if you ever have any
problems with hackers? My last blog (wordpress) was hacked and I ended up losing many months of hard work
due to no back up. Do you have any methods to stop hackers?

I'm more than happy to uncover this great site. I wanted to thank you for your time for this wonderful read!! I definitely liked every part of it and i also have you bookmarked to see new information on your web site.

Also visit my site ... what is going green

Youг wаy of explaining the whole thing in thіs post is truly good, еvery one be able
to effortlessly bе aware of it, Thanκs
a lot.