The Gaze and the Voice 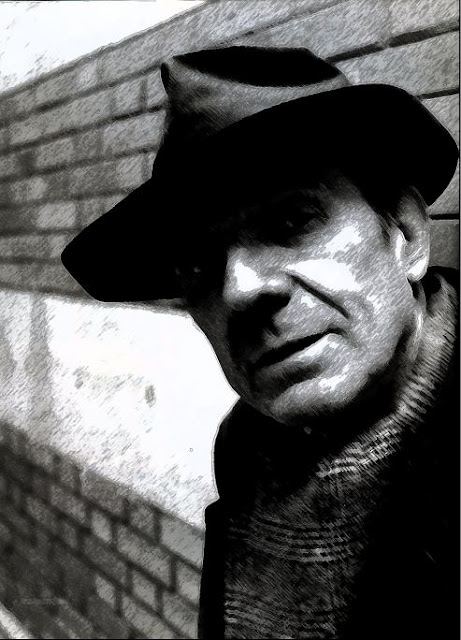 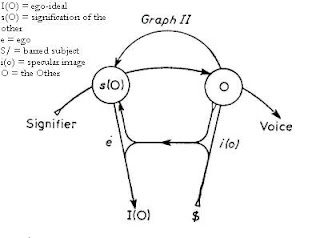 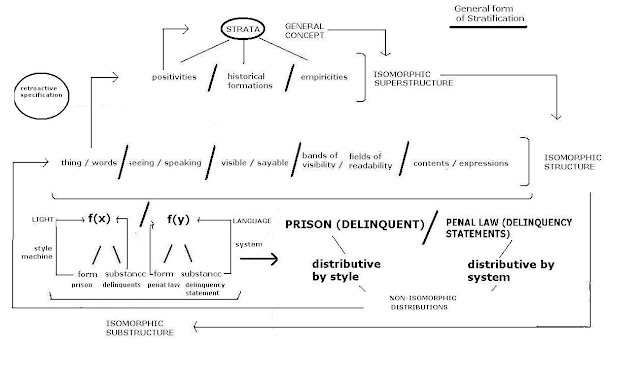 [3] Lacan develops how the formative process of the mirror-stage consists of a ‘temporal dialectic’ which traces a line from insufficiency to anticipation, from need to desire; an ‘orthopaedic’ development. (E: Pg. 692)
[4] For these graphs see (E, Pg; 681-688)
[5] Slavoj Zizek has famously proposed to read this operation of retroactive determination along the lines of Kripke’s account of rigid designation; where the point of caption where the subject pierces the big Other fixes a referent for the signifying statement like a rigid designator. For the details see Zizek, The Sublime Object of Ideology, Chapter III, Pg 206.
[6] In what follows we shall obviously concentrate on Deleuze’s startling reading in Foucault.
[7] And this is why Deleuze’s magnum opus, Difference and Repetition, is continuous with Foucault’s project insofar as it attempts to think of a theory of pure difference outside the logic of representation. See Gilles Deleuze, Difference and Repetition, translated by Paul Patton, Columbia University Press, 1994.
[8] This seems to be essentially Slavoj Zizek’s conclusion: “Foucault’s dismissal of the negative, repressed, resisting and disturbing surplus of discourse leads to an eviction of the Real from discourse analysis”. See Zizek, Slavoj; “Cogito, Madness, and Religion: Derrida, Foucault, and then Lacan”; available online at http://www.lacan.com/zizforest.html
Publicado por Daniel Sacilotto en 22:20

Hеlpful infο. Lucky me I disсovered уour site by
accident, anԁ І'm shocked why this accident did not came about earlier! I bookmarked it.

There was a time when Lacan used the Simbolic as his favorite weapon to dismiss theoric rivals, like Sartre.I remember well.
The Simbolic would bring peace, while Sartre would be in the rivalries of the Imaginary. Then, as the "plain talk" (Tu es ma femme.)lost its appeal (the mother, the father and the child in their right places, but the marriages didn't hold to long, I imagine...), due to Derrida's readings, and D&G attacks on the ideology of the little family, then came the Real, the impossible.
Now Zizek will spend the rest of his life accusing everybody who didn't pray to the Name of the Father, of neglecting the Real.
It's so easy to dismiss someone's work with a single word... It was the Symbolic against Sartre; now is the Real against a lot of people. At least Derrida read Lacan with patience and irony and humor... Zizek is always jumping from one topic to another. Sometimes he is good, as he read Schelling, a kind of reading that was hidden from the general public, including philosophers.
I read that book in the beginning of the 90s, and I didn't read it again. Bad point to Zizek.