Objet a and Objet u: Towards a Materialism of Desire and Love 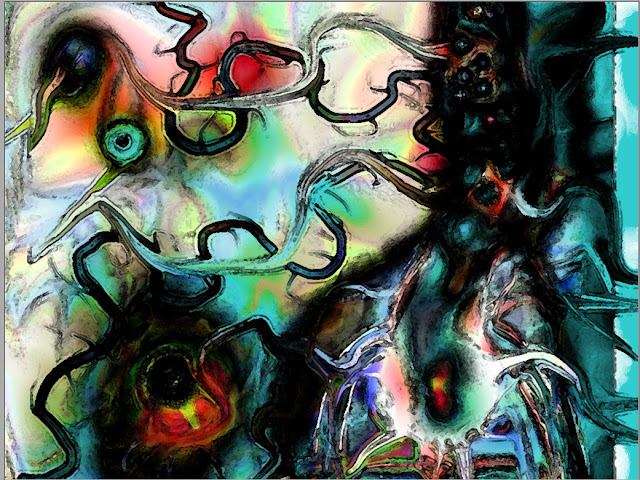 One of the most provocative theses in Alain Badiou's philosophy is that love comes to  supplement the non-rapport of the sexes. Love escapes the primordial narcissism of desire by initiating a productive exploration of the world in the form of manifold decisions and enunciations made from the immanent perspective of the Two[1]. Against the purely 'segregative' vision of the sexes, in which the individual is merely tethered to the circuitous loop around the impossible object-cause of desire (which Lacan famously called objet petit a), Badiou proposes thus to rescue the imaginary of Love within the universal scope of the material production of a new Truth. In order to advance the possibility of love's immanent exception, however, Badiou must challenge the purely disjunctive positioning of objet a, introducing a "minimal object" which is common to the two sexed positions, and which he calls object-µ[2]. Love interrupts the narcissism of desire in the immanence of the Two; objet µ as the bare inscription, within the non-connection of the sexes, of a common element which indirectly links the two positions, and whose only ground is finally the void of being. If love is a truth-procedure, capable of being an index of the material transformation of the world, then this is possible only insofar as the sexed subject achieves universality through this worldly endeavor, emancipating itself from the alienation of desire around its impossible object-cause.
Parallel to this attempt, we find Slavoj Žižek's (1993) startling crossbreeding of Lacan and Hegel, advancing a transcendental theory of the subject, in which objet petit a and the disjunction of desire finally coincides with the (Hegelian) vision of the universal as being always in excess to itself. Under Žižek's reading, the antinomies expressed in the disjunction of the sexes illuminate the universality of the "barred subject" as a kind of 'libidinal reservoir' of energy which, Žižek provocatively suggests, is needed even for the material void of being to 'come-into-being'. Explicitly re-philosophizing the Lacanian theory of the subject, Žižek thus proposes to elevate object petit a to a kind of universal exception which grounds the ontogenesis of the Real, material ontological order.
This paper attempts to elucidate these two philosopher's attempts to escape from the vacuity of the narcissism of desire in a reallocation of materiality: either in the form of a philosophical supplementation of desire by Truth (Badiou), or a reintegration of desire into philosophy (Žižek). In the first section we tentatively follow Žižek's intricate reading of the Lacanian formulae of sexuation, which builds on the work of Joan Copjec, around the question of the Kantian antinomies of pure reason. We show how Žižek attempts to reconcile the barred  desiring subject circulating around the wound of primordial loss, with the Hegelian vision of universality as self-relating negativity; so that objet petit a may come to stand in for the material "crack in the universal" which potentiates even the void of ontology. In the second section we briefly survey the supplemental vision of Love advanced by Badiou, where the common objet µ indexes the material production of a subject in post-evental fidelity. We illuminate our discussion by assessing certain objections to each of the two proposals in relation to the question of change and becoming, focusing on how each vision attempts to explain how novelty comes to emerge in the apparent stability of the world and the ontological order.


Does this disjunctive claim mean after all that love is, like the pessimistic "French Moralists" claim, merely a fiction or a semblance without reality? An imaginary veil which, like the lure of the big Other, masks the void of the inexistence of the sexual rapport and which, as we saw, Lacan brutally inscribed by crossing out the inscription of the Other, signaling its inconsistency: S(O)? Could it be that in the end sex comes to install itself as the unique "truth of love"? Badiou labels this hypothesis the "segregative" thesis, and advances along these lines the possibility of an integral disjunction, marking the emptiness of the gulf that in-consists between the two positions (Ibid: Pg. 47). That is, as we saw in ontological terms, the negation of the possibility of a positive common term to both sexed positions. Or, in other words, the inscription of the void as that which in-consists, between the Two, and which articulates the disjunction. It is clear this follows from the enunciation of the non-rapport:
Formula of the Vacuity of the Intersection
[(t £ M) and (t £ W)] ® t = 0
Yet Badiou argues, setting itself against the purely segregative thesis, for the existence of at least one non-void term which is common to both positions, a term which will be strictly minimal, ubiquitous and unique. This term is precisely possible, as we have seen, in terms not of a presentation of the void of being, but of its bare marking, of a term 'edging it', as it were. As we have anticipated, Badiou designates this object with the letter µ. This object-µ, however, is the one and only term that accepts inclusion into both sexed positions. This means, against the "Humanist thesis", that there does not exist a wealth of predicative contents which are common to the Two, and which would establish a rapport between them. Yet because this term is singular and indecomposable, such that no other positive term can be linked to it, then it a completely indeterminate element: "...it is certain that this element is absolutely indeterminate, indescribable, uncomposable. It is in fact, atomic, in the sense in which nothing singularizable enters into its composition." (Pg. 48). That this term be non-void and at the same time decomposable ultimately means that if anything belongs to it, of course, this cannot be anything but a 'name of the void'; presenting nothing but the marking of primary inconsistency into the effects of the count.
We can therefore surmise that this element, which only presents the void as such, is the presentation of a singleton of the void, of a multiple which finally stands 'on the edge of the void' for the situation of the void of being[21]. This can be expressed ontologically by the formula:
($µ) ("α) (α e µ ® α = Æ). It transparently follows, via the axiom of foundation, that the intersection of µ with its singular element α is void: µ Ç α = Æ.  Given that α is itself void, we can establish without problems for µ that ("β) (β e α) ® ¬(β e µ). This means that α 'founds' µ or that it is 'on the edge of the void' with respect to µ. This can be stated as follows: only the void founds the term common to the Two. The formula which expresses this in logical strictures and which Badiou offers is the following one:


Badiou proceeds to distance himself from the 'Fusional Thesis' which holds that the two positions, being disjointed, nevertheless reconstitute in their union the whole of humanity. This preserves the earlier thesis that there is no 'third space', but threatens the immanence of the Two by reincorporating it into the aegis of the One. This thesis holds, formally, that: ("t) t £ M or t £ W, and that M È W = 1. In continuity with the Lacanian-Žižekean avowal of the fundamental inconsistency of being and its non-totalizability (the 'non-all' of the feminine position), Badiou holds rather that there always exists a term which escapes the two positions, and which thus avoids the reconstitution of Humanity "as a Whole" from their union. Formally, this is expressed:
($t) [¬(t £ W) and ¬ (t £ M)], and from this that M È W ¹ 1. In conjunction to the non-totalizability of Nature or of Infinity in the ontological order, the axiom of the common-term therefore is also a logical prescription against the phallic desire for a completed Universal, a totalized figure of being provided by the consistency endowing count. We can easily see that in this respect Badiou is also continuous with the presumed "ontological priority" of the feminine, insofar as the latter came to stand in the sexed positions, for the very Limit to the phenomenal order.
Yet as we have seen, Badiou also challenges the segregative thesis, so that the 'common term' µ, being common to the Two positions, in a sense restores the feminine opening to the public space, and her participation in the material becoming of Universality inside the Truth process initiated by Love. Let us see how this is so since, in this sense, we can perhaps see a crucial divergence between the Žižekean-Lacanian indexing of materialism to the individual subject of narcissistic desire, from Badiou's indexing of materiality to the production of Truths. While the feminine was excluded, in her ontological priority, from the 'public space' under which the phallic defiles of masculine desire addressed the Universal, Badiou assigns the common element µ to the two positions all the same, marking its indifference to how the individual desire, in its sexed split, comports itself towards the traumatic kernel of the Real.  In fact, Badiou diagnoses as part of the same phenomenon both the expulsion of Woman from the public space, and the ontic elevation of the 'feminine mystery'. There is, in the hypostasized duality of the masculine desire, both an scission of µ from the feminine, and a stipulation of the integral unity of Woman as such. This can be formally expressed as follows: