Bryant and the Continental/Analytic Divide 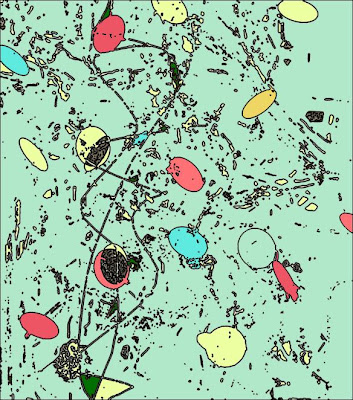 In response to Bryant's post on Larval Subjects in the Continental/analytic divide, I just have a few things to say:

The Analytic/Continental distinction still regulates very real differences inside the classrooms and philosophical views. I recall during my early experience in Peru's 'Continental driven' philosophy department the utter disregard for what was happening in anglo-saxon, analytic philosophy. Victor Krebs, for example, once told me he thinks analytic philosophers seemed 'masturbatory' to him. Later at Cornell, I encountered many graduate students and professors who were preemptively dismissive of a number of ‘Continental’ authors, attacking them on the usual grounds of attesting against clarity, and other things. Searle once told me in conversation that Dreyfus had been ‘ruined by Heidegger’ and that he thought Heidegger was ‘terrible’. Of course, irrespective of what one thinks of his exchange with Derrida, dismissals of this sort seem to be founded more on general antipathy and premature verdict than on insistent reflection. The fact that many philosophers, like Derrida and Heidegger, are only taught in Comparative Literature (or French/German Studies) departments, and not in philosophy, goes to show how strongly some feel the need to differentiate their activity from the stock of authors within the ‘Continental’ tradition.

Other examples abound: Scott Soames’ rather ridiculous attack on ‘idealist philosophies’ on the wake of logical analysis in Moore and Russell (see how eagerly he celebrates the formal reconstruction of the idealist plot for ontological monism as unveiling its fallacious character). Williamson has stated he thinks Continental philosophy does not resist sensible interlocution. And to use a classic example: Carnap’s own mockery of some de-contextualized expressions from Heidegger cannot but affect the very philosophical process. By the same token, in spite of all these barrier-breaking attempts and talk in the ‘Continental’ side of the fence, they are still largely alienated from the activity of Analytic philosophers: Ray Brassier may bring Churchland and Quine into the pot, just as Rorty brought Heidegger and Hegel, but we just don’t see a Badiou bringing over Lewis, Williamson, Halpern, and most of contemporary analytic philosophy into these debates; any more than Williamson or Lewis bring Deleuze or Heidegger. Nobody who thinks Badiou or Derrida is of extreme importance seems to be paying much attention to problems about vagueness, which have stirred the epistemological herds and philosophy of language in the last few years. And those concerned with vagueness seem unaffected by Heidegger's suggestion that science doesn't think, or by Badiou's separation of onto-theologically invested constructivism and a philosophy geared towards the 'generic thinking' which transforms truth into a process initiated by subjective intervention and a split with knowledge. The divisions are then obviously reflected on 'general grounds': Badiou attacks analytic philosophy as advancing a contemporary form of sophistry; ideologically knit to democratic materialism. Chomsky claims Lacan is a self-aware charlatan. Ronell thinks the ‘analytic’ obsession with ‘clarity’ is symptomatic of a certain ‘technocratic’ arrest on thought, following Heidegger's split between thought/philosophy, or truth/knowledge, aletheia/techne, etc. Gail Fine or Gregory Vlastos do not read or care about Heidegger’s take on Plato. And Badiou doesn’t seem to think anything they might say could affect his decision to translate The Republic as a treatise ‘On Communism’.

In a certain sense, I think it is thus a little too safe to say this divide is ‘merely academic’. Clearly the perception of value that devolves in the avowal of journals over articles, and the emphasis on specialization or intellectual-history, can be fleshed out in terms of philosophical views. Thus Quinean physicalism can construct the prospect of specialized philosophy growing in tandem with the sciences as a virtue. This probably is coupled to scientific realism and a hypostatized connection between truth and natural-scientific discursivity in particular. A philosopher that insists on the irreducibility of philosophy to any single one in a given multiplicity of truths at a epochal moment in time might be inclined to think the task of philosophy is indeed to ‘think it’s time’, or the composibility of these procedures, like Badiou or Bryant do. And this of course will lay an emphasis on the capacity of philosophical discourse to be comprehensive rather than esoteric or specialized, on composition rather than argumentation, and so on. This is not as innocent a split as to be reduced to being a merely ‘institutional’ concern; it predates on the core of radically distinct, asymmetrical philosophically rooted positions. As Zizek has said in the past, the attempt to speak about the divide from a neutral position invariably ends up speaking from one side in an ideological manner; the great dismissive attitudes both traditions hold against each other rest on strong generalizations: Badiou’s charicaturization of analytic philosophy as practicing some brand of ‘logical analysis’ following the Vienna School of logical positivism is one example of gross generalization leading to avoiding a real dialog. The same can be said about Soames and his attempt to shut Hegel down in virtue of a measly argument sketched out in a page, of course.

If all philosophical material were on equal grounds, we would see a much more intermixed equation. I can also speak for the Latin American situation, as being strongly dismissive of the analytic texts, given the predominant practice of phenomenology and hermeneutics. So the situation is certainly philosophically invested. I am particularly intrigued to see Object-Oriented Ontology tackle the premises behind the metaphysics of Chalmers or Lewis just as those of Badiou or Deleuze. Or at least to risk a confrontation with the current work being done in that tradition.