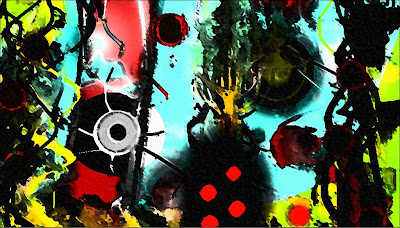 “When, in its better moments, materialism abandoned its empiricist concept of matter, on the whole it never proved able to go beyond the hyle, the identity of thought and the real, of ideality and matter -the level of relative materiality or of materiality ‘as such’[comme telle] rather than of matter ‘itself’ [telle quelle] or absolute matter.” (Laruelle, 1981, p.78)

A non-relative materiality subverts the identity of thought and real, ideal and matter. In short, it replaces materiality ‘as such’ with matter in-itself, i.e. absolute matter. To conceive of matter outside the concept and distinct form every concept of matter, without thereby folding back into pre-Hegelian metaphysical innocence; these are the proximate goals expounded by Brassier through Laruelle. But we first go back to Kant’s transcendental difference between the inherently relational representational realm of the ideal given to the subject; and the real realm which is independent from the subject, negatively defined as the absence of relation, i.e. the transcendent absolute or in-itself. Hegel famously postulates that the split between ideal as relative and real as absolute is internal to thought: subjectivity is self-related negativity, self-synthesizing Notion which in a process of continual sublation Ideally relationally identifies ideal identity (relative) and real difference (absolute): the relation of relation and non-relation.

On its part, Heidegger inherits part of this transcendental-idealist legacy in its identification of phenomena as that which shows itself from itself, as a self-showing which is bound to the discursive apophantic logos of ideality. The self-showing or auto-positioning of the phenomenon coincides here with the self-saying or discursive conceptuality as the transcendental bond of phenomenon-logos. This bond is assured in the presupposition that the phenomenon needs apophantic disclosure to manifest itself as phenomenon, as some-thing in its coming-to-presence against the background of Dasein’s horizontal ekstatic opening of intelligibility: its being-in-the-world.

“The expression ‘phenomenology’ may be formulated in Greek as legein ta phainomena, where legein means apophainesthai. Thus, ‘phenomenology’ means apophainesthai ta phainomena -to let that which shows itself be seen from itself in the very way in which it shows itself from itself… “The logos lets something be seen.[...]Discourse ‘lets something be seen’ apo (from itself) [...]that is, it lets us see something from the very thing which the discourse is about. In discourse (apophansis), so far as it is genuine, what is said is drawn from what the talk is about, so that discursive communication, in what it says, makes manifest what it is talking about[...] This is the structure of the logos as apophansis.”(Ibid, p.56)

The phenomenon is bound to every other insofar as it becomes disclosed in discursive apophasis, and so through the logos, as belonging to a structural whole. So phenomenality is bound to the relational ideal logos, the meaningful/intelligible holistic being-in-the-world. So Laruelle’s idea of a separable matter ‘itself’ from all relationality and every horizon of ideal/apophantic disclosure is a rejoinder to Kant’s transcendental workings, but radically different from Heideggerean phenomenology. Matter is different from all ideal sublation of difference in the concept, from all self-relating negativity, and an non-phenomenologizeable in-itself: ‘something’ which is neither a phenomenon showing itself from itself, nor even the inapparent phenomenality of showing as such.” That is to say, it is not a self-positing, relational structure of subjective mediation between ideal/real which furnishes the phenomenon. The latter is given-without-givenness, without ‘phenomenality’ qua conditioning givenness to mediate it. However, Brassier acknowledges the apparent difficulty of conceiving of such an idea, separable from all ontico-ontological differentiation. It is precisely this privilege to difference that Laruelle forces us to ask, considering that perhaps the transcendental separation of matter as such from matter itself needs to be rethought of in terms of immanence and Identity rather than transcendence and Difference. So maybe this separation can be carried in thought without going through conceptual thought, and not mediated by being-in-the-world. A separation anterior to transcendence and the World and which subjects them: matter as immanent Identity of matter-itself, rather than the transcendent difference of matter as such and matter itself. This requires us to subtract matter from idealized materiality of representation/intentionality and the subtraction of thought from reified ideality of phenomenological presencing:

“Only in this way does it become possible to forestall both the Hegelian identification of real and ideal within the domain of the Idea itself; and Heidegger’s phenomenological idealization of the transcendental difference through Da-sein’s unobjectifiable circumscription of the ontico-ontological caesura between real and ideal.” (Pg. 32)

Whereas Kant thought of the noumenon as a pure limit concept (that which remains foreclosed to phenomenality), Brassier follows Laruelle’s Principe de Minorite to realize Deleuze’s avowed liberation of the ‘prodigous domain of the transcendental’ from idealist relativity and think of matter in immanent Identity; without materiological subordination to the logos and access matter-itself. It is in this work that Laruelle begins to identify in every philosophical materialism the infection of ‘materiality’ qua transcendent ideal abstraction: they are really materiological idealisms. That is to say, in the last instance they subordinate matter to the logos instead of rendering it independent of it. Laruelle approximates the distinction between materialism and its materiological equivocations as follows, which we cite in full, with some clarification (Ibid, Pg. 34):

1. Primacy of immanence over transcendence – being as independent or the in-itself determines transcendental mediation or the for-itself, not the other way around.

2. Primacy of the real over the ideal – the being (ontic) is conditions onto-logical constitution; the phenomenon antecedes the discursive or ideal logos.

3. Exteriority of being to thought – being as immanence must be foreclosed to thought.

2. Confusion of irreversible or unilateral determination of the ideal by the real with a bi-lateral or reversible co-respondence, whereby the real ends up being co-constituted in return through the ideality which it is supposed to determine. 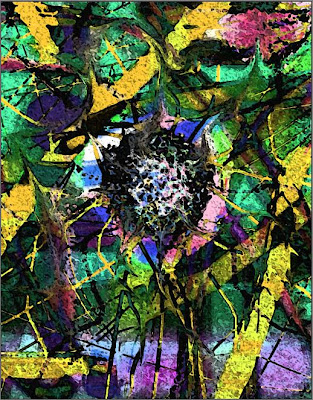 Hi, yup this piece of writing is really good and I have learned lot of things
from it concerning blogging. thanks.